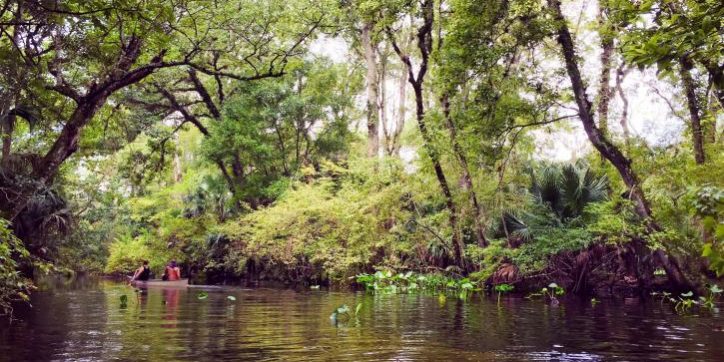 Until recently, governors and legislators from both parties have invested hundreds of millions of dollars each year to build a system of protected lands from the Everglades to Pensacola. Prior to the last two administrations the state allocated about $300 million annually for land acquisition. These special places, like the U.S. system of national parks truly represent one of Florida’s best ideas.

The hundreds of millions of dollars of annual investments have shrunk to a relatively paltry sum, given the value of the investment. The state Senate’s current recommendation is for $50 million in next year’s budget. Meanwhile, pressures from development, a thirst for more water and problems associated with nutrients in our waterways strain the quality of our natural resources. Land acquisition (through outright purchase or paying for a conservation easement) is one way to stem the tide and protect Florida’s unique environment.

The majority of Florida voters agree that protection of natural lands is important. Voters overwhelmingly passed a constitutional amendment in 2014 that demonstrated their approval of the program. But the Legislature chose not to act on the voters’ mandate, and the anticipated annual expenditure of $750 million has yet to be realized. Now’s the time to change course and act on the will of the people.

Consider the Wekiva to Ocala Greenway, one of the areas identified as a Critical Natural Lands Project. It extends from Wekiwa Springs State Park in Orange and Seminole counties north through Seminole State Forest in Lake County to the 430,000-acre Ocala National Forest. The Greenway was listed as an acquisition priority in 1995, and to date, almost 75% of the Greenway has been acquired. But, more than 22,000 acres remain to be acquired, and many of these parcels are located at narrow bottlenecks in the Greenway.

During the design of the Wekiva Parkway, millions of dollars in public money were rightfully allocated to construct several miles of wildlife underpasses to connect lands in the Greenway north and south of the Parkway. Ironically, the uniquely-designed Parkway will likely encourage development within the Greenway, further highlighting the need for strategic land acquisition. A commitment to purchase lands in the Greenway has only partially been fulfilled. Without acquisition of the additional 22,000 acres, the well-intentioned wildlife underpasses and the value of the Greenway will be undermined.

The state was notified that Florida’s portion of the COVID-19 relief package would be up to $10 billion. With this windfall, we have an opportunity to do substantial, permanent good for Florida. A focus on protection of critical natural lands should be at the top of the list. Hundreds of millions of dollars should be tagged for important, time-sensitive acquisition projects like the Wekiva Greenway.

As the Legislature completes the final weeks of this session and evaluates and prioritizes next year’s budget, there is still time to protect natural areas important to our drinking water supplies, mitigate the effects of climate change, and provide outdoor exploration and habitat for wildlife across the state.

We are in a unique position to make a massive investment in the long-term health of Florida’s natural systems. Tell your state-wide elected officials: fully fund Florida Forever next year and into the future. Our legacy depends on it.

Jay Exum serves on the boards of directors of the Florida Wildlife Federation and the Friends of the Wekiva River.

New park near Greenville opens as The Preserve at Lakewood between Mauldin and Conestee
March 4, 2022

Seeing green: How one man is bringing a unique model for parks to the Upstate
January 13, 2022